Yield Growth Corp. (BOSS [CNSX]) is a company that has done well in the cannabis domain, focusing on luxury derivatives of cannabis-derived products. As of late, it seems that their primary commodity has been the crafting of press releases. However, the entity houses a bundle of brands under their umbrella: Urban Juve, Wright & Well, Jack N Jane.

NeonMind has made it their mission to “Enhanc(e) the Power of the Mind; (through) discovery, development and commercialization of medicinal and psychedelic mushrooms.” Their primary aim is to conduct research and development, to achieve the following goals:

These admirable and lofty targets have drawn some attention to Neonmind, from those considering an investment in Yield Growth, and throughout the psychedelic community at large.

NeonMind has collaborated with Translational Life Sciences Inc. (TLS), which is a research organization that engages contracts from businesses that lack the infrastructure to pursue all their R&D ends. The executive and operating team appear to be a selection of clinical researchers in the field of the application of plant medicines.

After a brief search, the only information involving TLS has come from BOSS itself, implicating this entity as yet another majorly-owned subsidiary of BOSS in some way.

On May 14th, BOSS released the following information, that NeonMind had made significant progress on an ambitious goal:

These studies are not simply out of curiosity—the company plans to use results from these trials to bolster their application to Health Canada for further clinical trials on efficacy and safety.

NeonMind secures a supplier and lab for their psilocybin studies

Only a week later, on May 21, BOSS announced that they had ‘identified’ a source of synthetic psilocybin in Canada and a university lab where the studies might be undertaken. Keep in mind that ‘identification’ of a collaborator is not a confirmation of collaboration nor any formal relationship at all.

As it stands, there are very few producers of synthetic psilocybin in Canada, with Numinus being the most notable player. Their focus on vertical integration of their operation may preclude them from significant collaboration at this stage.

Further press releases from BOSS will eventually clarify these relationships. On the flip side, there may be many Canadian labs that are enthusiastic to jump into a quickly-expanding psychedelic sphere.

The final hurdle for NeonMind to pursue psilocybin research

Perhaps these announcements may be placing the cart before the horse; all these activities hinge on obtaining an exemption for the Canadian Minister of Health pursuant to Section 56 of the Controlled Drugs and Substances Act.

NeonMind mentions that this exemption will be granted within only a few months; researchers at their lab of choice have received exemptions for the research of controlled substances in the past. This projection bodes well for psilocybin research in Canada, however it remains to be seen whether their progress proceeds as planned. 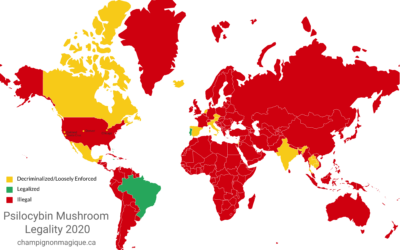 A comprehensive overview of psilocybin legality

This incredibly comprehensive and helpful article comes from Jeff over at Champignons Magique. Visit their shop here, and give them a review here if you’ve had the pleasure of enjoying their products! Note: This article is not intended as legal advice. Ensure you are... 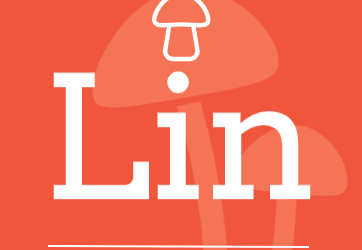 Two variants: one American (USA, Chile), one EuropeanLow to moderate potency, contains Psilocybin and BaeocystinPossibly increased risk of allergic reaction Psilocybe liniformans can cause confusion, as it has two distinct subspecies from two very different parts of...